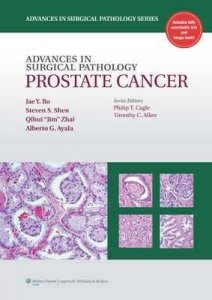 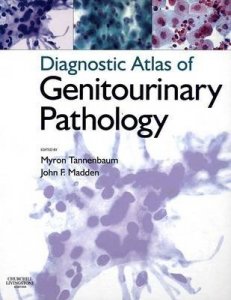 This book will cover all major inflammatory, infectious, pre-neoplastic and neoplastic diseases of the upper and lower urinary tract. Over 1,000 four colour images will provide the diagnostic pathologist in training and in practice with a comprehensive visual reference to assist in the recognition and diagnosis of benign and malignant genitourinary disorders. Whenever, diagnostically useful, the pathologic images are correlated with radiographic modalities. The illustrations are accompanied throughout by a concise text expertly highlighting the histopathologic and cytologic features of genitourinary biopsy and resection specimens. Particular emphasis is placed on clinicopathologic correlations and on what the urologist expects in regard to the pathologic report.
€224,00 €212,80 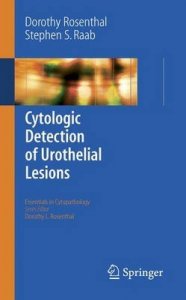 * Second volume to be published in the Essentials in Cytopathology series * 125 full-color images * User-friendly and concise guide * Convenient format: Fits in lab coat pocket * 2,000 of the 22,000 practicing pathologists in the US are cytopathologists * 66,000 laboratory technicians deal with urine samples and are potential buyers
€47,00 €44,65 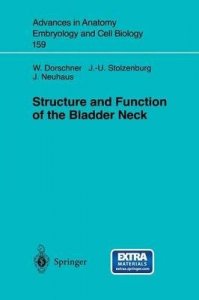 Structure and Function of the Bladder Neck

The alternation between urine retention and discharge several times daily from a nappy to the cessation ofall vital functions only becomes the subject baby's first wet of greater attention if the harmony of the structure and function of the bladder is disturbed. Functional disturbances of the lower urinary tract are not only of great socio-economic importance, but are also a considerable personal burden for the patient. Hence urinary incontinence is rightly classified as a severelydisabling illness (Hauri 1985). Opinions still differ regarding the morphological basis ofurinary continence.The Terminologia Anatomica (1998) defines a musculus sphincter urethrae internus (in- ternal urethral sphincter) and a musculus sphincter urethrae externus (external ure- thral sphincter),which in the older nomenclature were known as musculus sphincter vesicae and musculussphincterurethrae,respectively.The internal urethral sphincter isascribed apurelyinvoluntaryandthe externalurethralsphincterapurelyvoluntary innervation. The significance of the musculature of the pelvic floor for maintaining urinarycontinence has notyetbeen ascertained. Duringnumerous urologicaloperations (forinstancetransurethralresectionofthe prostate and bladder neck incisions), the only involuntarily innervated sphincter at the collum vesicae,the internalurethralsphincter,is partiallyorcompletelydestroyed (Fig. 27C,D).All the patients remain continent as long as the externalurethral sphinc- ter remains intact.Howcan apurelyvoluntarilyinnervated sphincterlikethe external urethral sphincter ensureconstant continence in such cases? Improving the continence rate after radical surgery is a key topic of urological research. The incontinence rate after radical prostatectomy is still between 8.1% (third-degree incontinence) and41.4% (first- to second-degree incontinence; Rudyet al. 1984; Igel et a1.1987; Schroderand Ouden 1992).
€96,58 €91,75 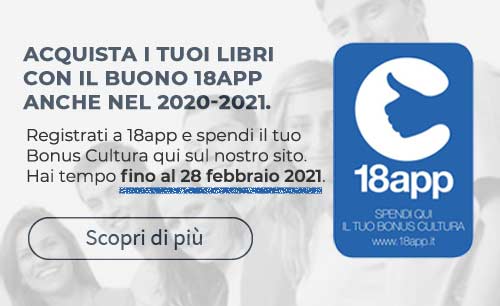