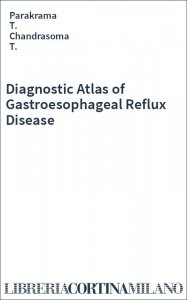 A New Histology - Based Method 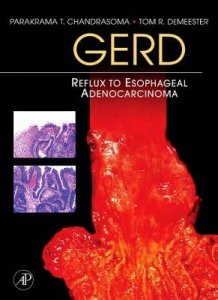 Gastroesophageal Reflux Disease (GERD) is one of the most common maladies of mankind. Approximately 40% of the adult population of the USA suffers from significant heartburn and the numerous antacids advertised incessantly on national television represents a $8 billion per year drug market. The ability to control acid secretion with the increasingly effective acid-suppressive agents such as the H2 blockers (pepcid, zantac) and proton pump inhibitors (nexium, prevacid) has given physicians an excellent method of treating the symptoms of acid reflux. Unfortunately, this has not eradicated reflux disease. It has just changed its nature. While heartburn, ulceration and strictures have become rare, reflux-induced adenocarcinoma of the esophagus is becoming increasingly common. Adenocarcinoma of the esophagus and gastric cardia is now the most rapidly increasing cancer type in the Western world. The increasing incidence of esophageal adenocarcinoma has created an enormous interest and stimulus for research in this area. GERD brings together a vast amount of disparate literature and presents the entire pathogenesis of reflux disease in one place. In addition to providing a new concept of how gastroesophageal reflux causes cellular changes in the esophagus, GERD also offers a complete solution to a problem that has confused physicians for over a century. Both clinical and pathological information about reflux disease and its treatment are presented. GERD is meant to be used as a comprehensive reference for gastroenterologists, esophageal surgeons, and pathologists alike. *Outlines how gastroesophageal reflux causes cellular changes in the esophagus *Brings together the pathogenesis of the disease in one source and applies it toward clinical treatment *Tom DeMeester is THE leading international expert on reflux disease; Parakrama Chandrasoma is one of the leading pathologists in the area *Book contains approximately 350 illustrations *Ancillary web site features color illustrations: www.chandrasoma.com
€95,00 €90,25