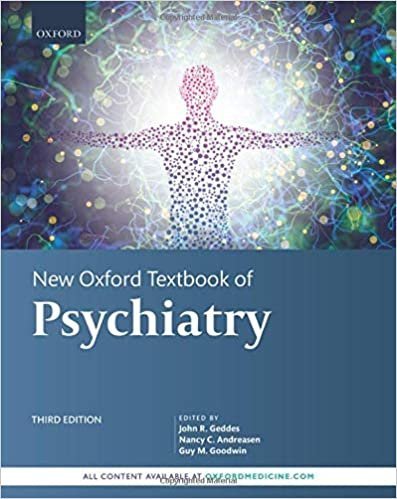 Over its two editions, The New Oxford Textbook of Psychiatry has come to be regarded as one of the most popular and trusted standard psychiatry texts among psychiatrists and trainees. Bringing together 146 chapters from the leading figures in the discipline, it presents a comprehensive account of clinical psychiatry, with reference to its scientific basis and to the patient's perspective throughout. The New Oxford Textbook of Psychiatry, Third Edition has been extensively re-structured and streamlined to keep pace with the significant developments that have taken place in the fields of clinical psychiatry and neuroscience since publication of the second edition in 2009. The new edition has been updated throughout to include the most recent versions of the two main classification systems--the DSM-5 and the ICD-11--used throughout the world for the diagnosis of mental disorders. In the years since publication of the first edition, many new and exciting discoveries have occurred in the biological sciences, which are having a major impact on how we study and practise psychiatry. In addition, psychiatry has fostered closer ties with philosophy, and these are leading to healthy discussions about how we should diagnose and treat mental illness. This new edition recognises these and other developments. Throughout, accounts of clinical practice are linked to the underlying science, and to the evidence for the efficacy of treatments. Physical and psychological treatments, including psychodynamic approaches, are covered in depth. The history of psychiatry, ethics, public health aspects, and public attitudes to psychiatry and to patients are all given due attention.
€265,00 €251,75 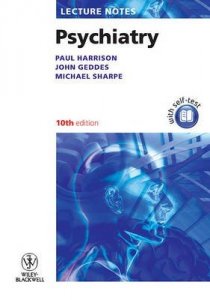 Unsure how to 'do' psychiatry? Wondering what psychiatry is all about? Want just the key facts? Lecture Notes: Psychiatry provides essential, practical, and up-to-date information for students who are learning to conduct psychiatric interviews and assessments, understand the core psychiatric disorders, their aetiology and evidence-based treatment options. It incorporates the latest NICE guidelines and systematic reviews, and includes coverage of the Mental Capacity Act and the new Mental Health Act. Featuring case studies throughout, it is perfect for clinical preparation with example questions to ask patients during clinical rotations. Each chapter features bulleted key points, while the summary boxes and self-test MCQs ensure Lecture Notes: Psychiatry is the ideal resource, whether you are just beginning to develop psychiatric knowledge and skills or preparing for an end-of-year exam.
€32,00 €30,40 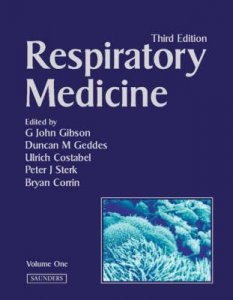 "Respiratory Medicine" is an authoritative and up-to-date multicontributed text on respiratory diseases which combines applied science with good clinical practice. The book is divided into twelve major sections over two volumes. Part A of this book covers the important areas of lung anatomy, lung defenses and immunology. Part B deals with diagnostic methods and includes treatises on respiratory function tests and lung imaging, laboratory methods and invasive techniques such as bronchoscopy, lung biopsy and pleural aspiration. Part C covers the principles of treatment and highlights new areas of development.Part D deals with developmental abnormalities. Part E with environmental problems and lung injury. Volume I concludes with respiratory infections and covers HIV infection as well as fungal and parasitic diseases. Volume 2 provides complete and comprehensive coverage of clinical respiratory medicine and discusses important topics such as lung tumours, airway disorders and interstitial lung disease. This book now features a free CD-ROM! Including all the illustrations from the book - over 100 in colour - complete with a sophisticated slide making package.
€447,00 €424,65