Libri di I. A. Sesterhenn 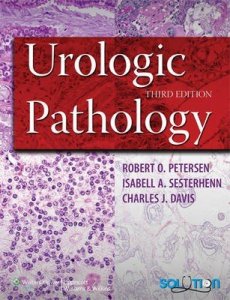 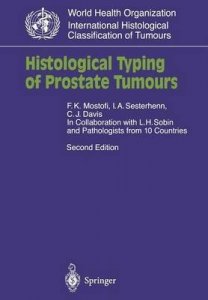 This classification is based primarily on the microscopic characteris- tics of tumours and therefore is concerned with morphologically identifiable cell types and histological patterns as seen with conven- tional light microscopy. The term tumour is used synonymously with neoplasm. The phrase tumour-like is applied to lesions that clinically or morpholog- ically resemble neoplasms but do not behave biologically in a neo- plastic manner. They are included in this publication because they give rise to problems in differential diagnosis and because of the un- clear distinction between neoplasms and certain non-neoplastic le- sions. Synonyms are listed only if they have been widely used or are considered helpful for the understanding of the lesion. In such cases, the preferred term is given first and followed by the synonym. The current revision includes the recognition of a preinvasive le- sion, prostatic intraepithelial neoplasia, which is commonly associat- ed with carcinoma. It also recognises the paracrine-endocrine ele- ments in prostate carcinoma and other subtypes of adenocarcinoma. Although the emphasis of the classification is on histological typ- ing, consideration should also be given to the degree of differentia- tion and nuclear anaplasia, extent of local spread, vascular and lym- phatic invasion, and the occurrence of metastasis. The revision in- cludes grading (p. 14), staging (p. 32), and handling and reporting of the different types of specimens (p. 1).
€80,05 €68,04 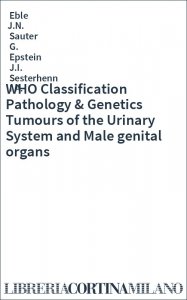 'Pathology and Genetics of Tumours of the Urinary Systems and Male Genital Organs' is the sixth volume in the new WHO series on histological and genetic typing of human tumours, covering tumours of the kidney, the urinary system, the prostate, the testis and paratesticular tissue and the penis.
€102,00 €96,90