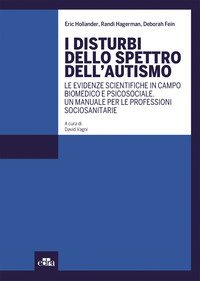 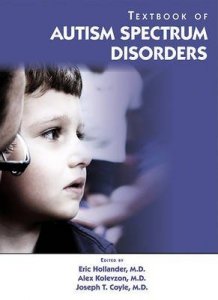 This comprehensive textbook of autism spectrum disorders, the first of its kind, is designed to meet the growing need for cutting-edge research and treatment information for clinicians who encounter patients and clients with these disorders in their practice - not just psychiatrists, but psychologists, social workers, speech therapists, and educators - and for parents who seek to understand their children's disorders and treatment options. The editors have assembled some of the foremost experts in each disorder, as well as in genetics, pharmacology, pathophysiology, neurology, neuroimaging, and other fields that contribute to our understanding of autism spectrum disorders. The book features exhaustive coverage of the established approaches, but also explores alternative and experimental therapies in-depth. By so doing, the editors hope to establish a benchmark for understanding autism on a number of levels, with knowledge that is both broad and deep. More patients are diagnosed with autism, and at earlier ages, than ever before, and these patients and their families receive services in increasingly diverse settings. Destined to become a classic, the "Textbook of Autism Spectrum Disorders" is the volume for which patients, families, and clinicians have been waiting.
€83,00 €78,85 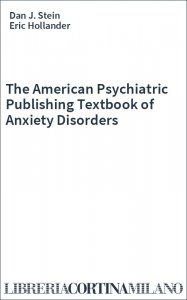 Anxiety disorders are at once among the most disabling and the most prevalent of the psychiatric disordersAmore common than either mood or substance use disorders. Often misdiagnosed and undertreatedAperhaps because it is often difficult for patients to seek help and for caregivers to appreciate the morbidity of anxiety disordersAthese disorders account for a staggering one-third of all costs related to psychiatric disorders. This one-stop resource for both clinicians and researchers details not only the rigorous diagnostic schemas, underlying sophisticated psychobiological models, and effective pharmacotherapy and psychotherapy interventions developed during the past few decades but also the latest advances in this diverse field. Presenting the work of an unprecedented 77 U.S. and international experts, this 10-part textbook begins with an in depth discussion of the history, classification, preclinical models, concepts (evolutionary, cognitive, and psychodynamic), and combined treatment of anxiety disorders. -For clinicians, this exceptional reference then covers the phenomenology, etiology, psychotherapy, and pharmacotherapy of every major anxiety disorder: generalized anxiety disorder, mixed anxiety-depressive disorder, obsessive-compulsive and related disorders, panic disorder, social phobia, specific phobia, posttraumatic stress disorder (PTSD), and acute stress disorder. Also included are the latest theoretical and clinical issues that cut across all anxiety disorders. -For researchers, this densely packed volume shows that the study of anxiety disorders is indisputably one of the most interesting and rewarding areas of contemporary medical research, requiring the integration of data from disparate fields (such as neuroanatomy, neurochemistry, cognitive dysfunctions, and genetic and environmental studies) into powerful and sophisticated modelsAmodels that move us toward better understanding and more effective treatment of these complex disorders. For example, animal models of fear conditioning provide fascinating parallels with clinical phenomena such as posttraumatic stress disorder. Similarly, functional brain imaging demonstrates that pharmacotherapy and psychotherapy for obsessive-compulsive disorder produce similar changes in the brain. The authors conclude by discussing anxiety disorders in relation to special populations, such as children, adolescents, and seniors; different medical settings; substance abuse; and culture and society, including economic costs and consumer considerations. This remarkable compendium of studies at the cutting edge of anxiety disorder research and clinical practice will be welcomed by psychiatric and medical clinicians, researchers, and educators as a uniquely valuable reference, and by other mental health care professionals who are interested in the latest developments in understanding and treating these important disorders.
€124,00 €117,80