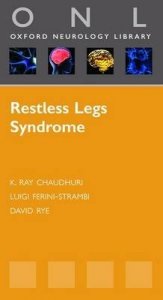 Restless legs syndrome (RLS), also known as Ekbom syndrome, is a common movement disorder with sensorimotor symptoms occurring during sleep and quiet wakefulness. Yoakum described RLS as the "the most common disorder you've never heard of" and this may, unfortunately, be an appropriate description of RLS. The term "restless legs syndrome was first introduced by Karl-Axel Ekbom, a Swedish neurologist and surgeon in 1945. RLS can present in the primary care and secondary care, across a range of specialities such as psychiatry, rheumatology and sleep medicine, and in the UK, the condition remains under-recognised and often regarded as a neurosis in-spite of evidence that RLS adversely affects quality of life. Inappropriate clinical history taking leads to mis-diagnosis and under diagnosis and a sense tat the condition may be a "manufactured" one. Although RLS is effectively treatable and two drugs are now specifically licensed for RLS in the UK, the condition is generally poorly treated and investigated and often prescribed inappropriate drugs. Patients' descriptions of RLS are wide and varied including "Elvis legs" and an "electric current" running through their legs Because of such a broad, unusual spectrum of reported sensations RLS is frequently misunderstood, and misdiagnosed and even classified as a psychogenic disorder. Patient group surveys in the UK also suggest a consistent delay in diagnosis, delay in referrals and patients often being told "to put up with the symptoms". Part of the Oxford Neurology Library, this pocketbook will highlight the importance of RLS, the ease with RLS can be diagnosed, the problems of misdiagnosis, current thoughts on pathogenesis and the up-to-date treatment. The book will serve as an invaluable quick reference for neurologists, trainees, specialist nurses and general practitioners.
€9,00 €8,55