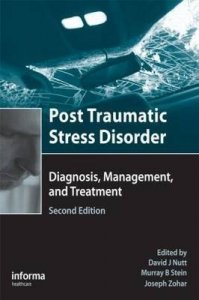 Post Traumatic Stress Disorder can be one of the most disabling of all the anxiety disorders and is frequently misdiagnosed and ineffectively treated It is also an area in which there have been recent major advances This book sets out to solve this problem, presenting doctors with practical guidance and at the same time a state-of-the-art summary of all the latest developments
€105,00 €99,75 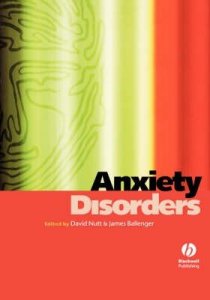 Anxiety disorders are extremely common and affect one in twelve adults at some point in their life. In recent years rapid developments in basic science and pharmacology have greatly increased our understanding of the causes of generalized anxiety disorders, panic disorders, phobias, post-traumatic stress disorders and obsessive-compulsive disorder. "Anxiety Disorders" is a comprehensive clinical reference work with a strong emphasis on drug treatment. This book considers major advances and present coherent accounts of diagnosis and management from the clinical point of view. Each chapter is presented in the form of surveys and digests of recent literature, interspersed with clinical guidelines, diagnostic and therapeutic points. "Anxiety Disorders" is divided into three major sections. The first section describes symptoms and syndromes; the second describes mechanisms and the final part is concerned with the various treatments of anxiety disorders.
€147,00 €139,65 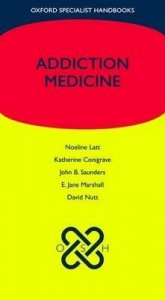 Addiction Medicine is a concise and practical guide for students and practitioners of medicine and other health professions who come into contact with people with substance use disorders. It provides the knowledge base and the skill set required for good professional practice in this field. Substance use rates amongst the top four risk factors contributing to the global burden of disease. Substance use disorders can cause, mimic, underlie or complicate a large number of common medical and psychiatric disorders. Making a correct diagnosis of the substance use disorder can facilitate clinical diagnosis, avoid unnecessary tests, shorten hospital stay and make the clinician and patient's life easier and safer. Increasingly, the ability to diagnose and initiate management of substance use disorders is the responsibility of all medical and health professionals. This invaluable guide discusses the broad range of management options and the evidence base behind modern addiction medicine. The first chapter outlines important background information and summarises the principles of addiction medicine. It encompasses the epidemiology of psychoactive substance use, the pharmacology and neurobiology of the major substances, and the natural history of the main clinical disorders. Two chapters summarise the principles of assessment and diagnosis and management which inform the practice of addiction medicine. Background and management focussed on specific types of psychoactive substances are covered in detail. The remainder of the book is devoted to the management of addiction medicine experienced by specific groups and in specific circumstances and places, within the broad professional and legal context. A series of appendices provides summaries of concepts and practical tools to aid management.
€45,00 €42,75 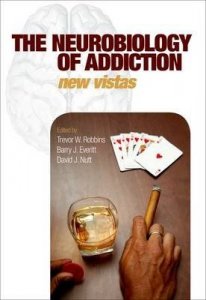 The Neurobiology of Addiction

In the past two decades, there have been astonishing advances in our understanding of the neurobiological basis and nature of drug addiction. We now know the initial molecular sites of action, at identified receptors, of virtually all of the major drugs of abuse including cocaine, heroin, and amphetamine, as well as legal drugs such as nicotine and alcohol. We also understand the main components of a 'reward system' and its connections to major brain regions involved in motivation and emotion, such as the amygdala, hippocampus, and prefrontal cortex. The Neurobiology of Addiction describes the latest advances in our understanding of addiction. It brings together world class researchers to debate the nature and extent of addiction, as well as its causes, consequences, and treatment. The focus of the book is on the brain processes underlying addiction, in terms of neural systems, neurochemical basis, and molecular changes. Several types of addiction are discussed ranging from illicit drugs - cocaine, amphetamine, and heroin to legal drugs - alcohol and nicotine. In addition, it explores increasingly common behavioural addictions such as gambling and obesity. Included are chapters on vulnerability to addiction, genetic factors, opponent motivational processes, animal models, relapse, cognitive deficits associated with drug abuse, new pharmacological treatments, and current controversies concerning different neuropsychological theories of addiction. Throughout, it reports on cutting edge research using brain imaging, and state of the art molecular methodology. The book will make fascinating reading for students and teachers in the field of neuroscience, pharmacology and psychology, as well as experts in the field.
€61,00